As we come to the end of our first year I thought it would be a good time to review what we have achieved at this year and what we are planning for next year.

It is just over a year now since we held our first public meeting at The Grove in Burscough and it seems so long ago. At that point in time we had no idea if anyone in Burscough and the surrounding area would be interested in the project that we were proposing. We were pleasantly surprised that so many turned up and then so many stepped forward to become members of the steering committee.

This first growing season has been a real steep learning curve for most elements of the project from growing veg on a large scale right through to organising volunteer days. As the season progressed we quickly fell into a rhythm of planting and weeding and stuff just grew and grew. We had some failures, but on balance we had more successes. Rabbits and weeds took their biggest toll but we soon developed ways to cope with these and as our skills improve we should have even more success. 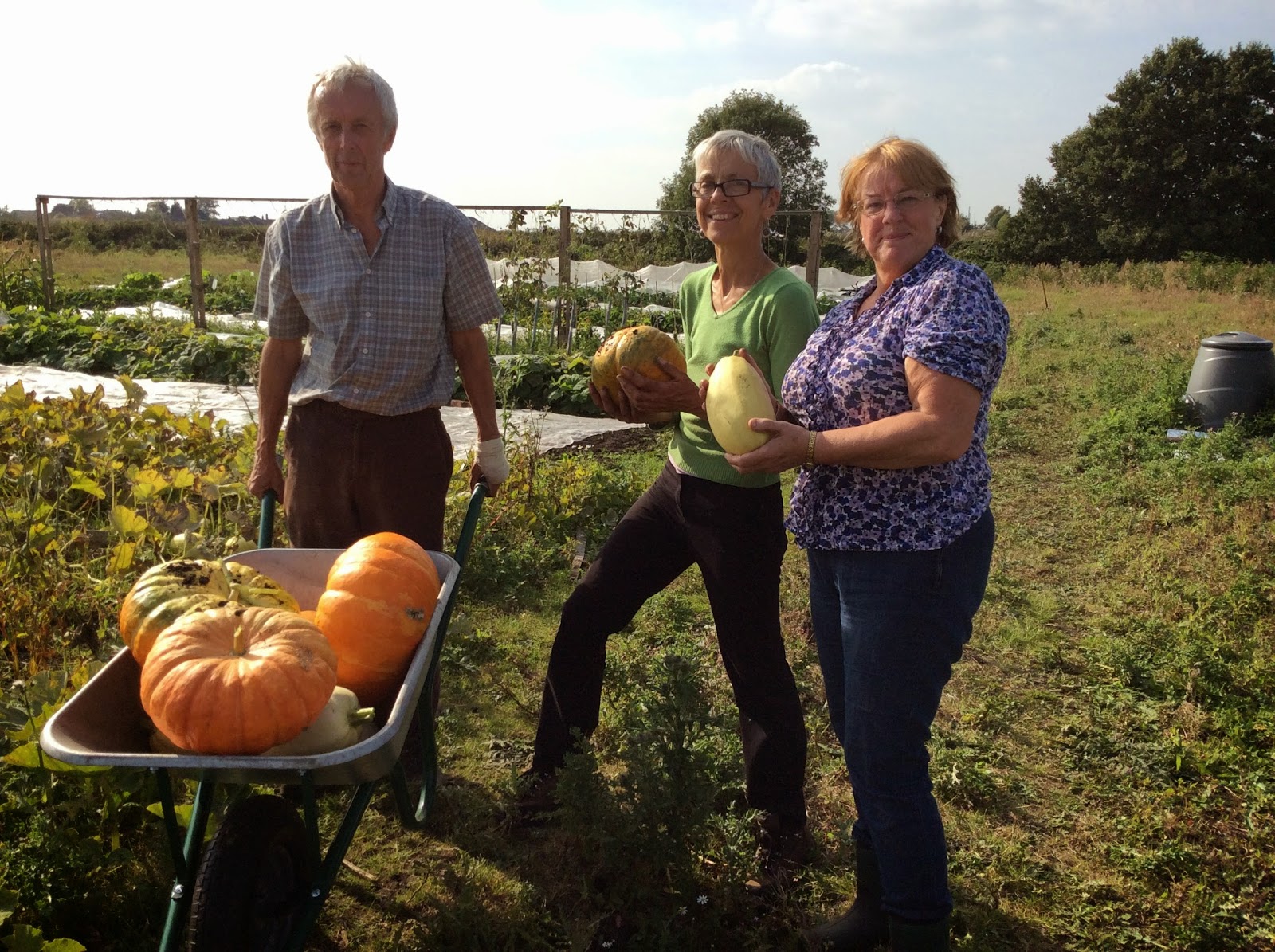 As the summer came along some members became regular volunteers and friendships started to form. When harvesting began we tried to make sure that all members, whether they could make it down to the field or not, got at least a taste of our fantastic produce. It gave us a great sense of satisfaction to see people going home with arms full of beautiful vegetables and then, later that night, get pictures of what they had cooked with them emailed back to us.

We couldn't have wished for a better growing season weather wise. Each time the crops looked like they were suffering from the dry weather a helpful day or two of rain would bring some relief and keep things going. 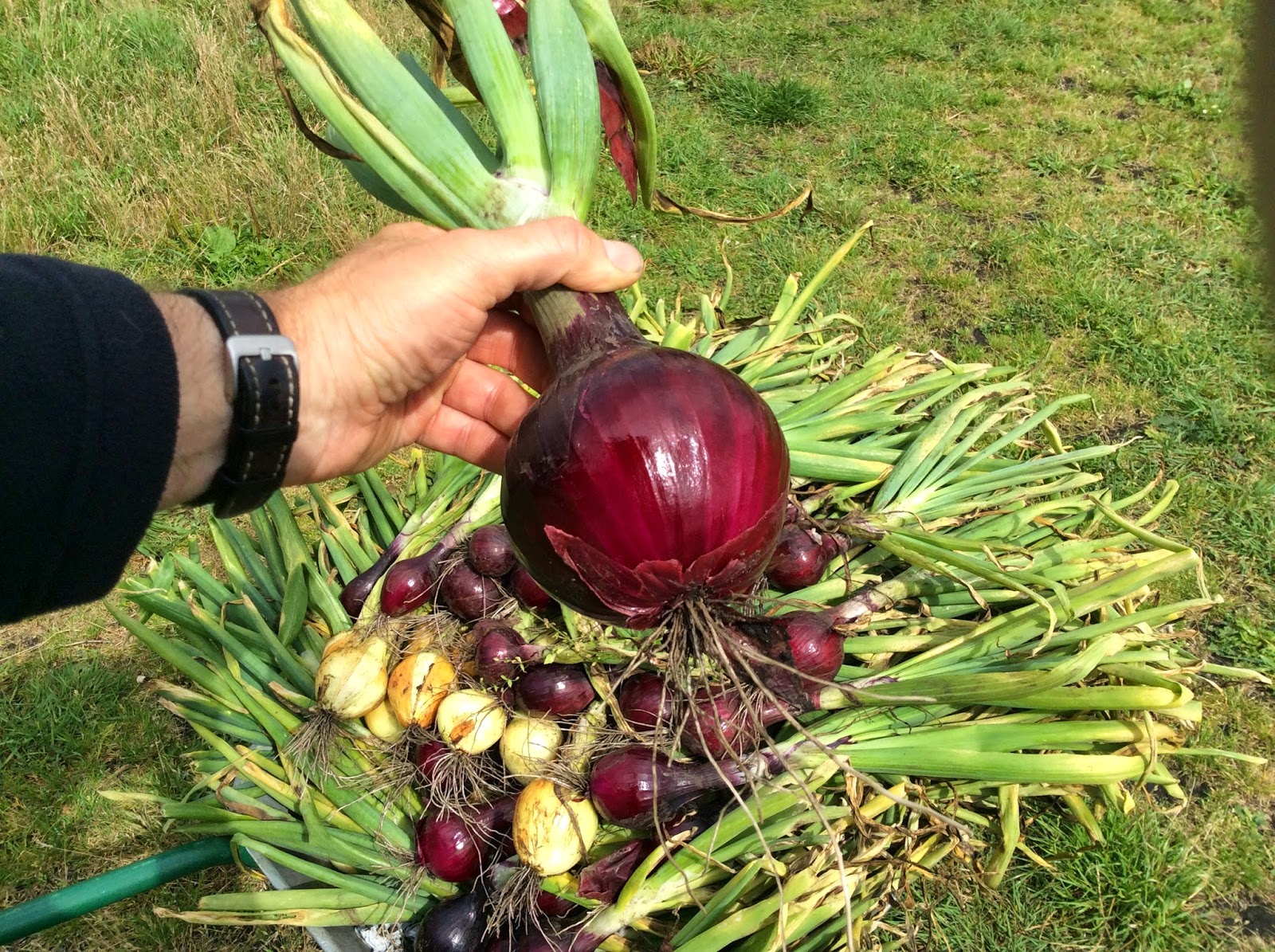 Bees on the Field

A local bee keeper asked if he could put a hive on the field and so we duly had our own colony of pollinator's helping out from June. Honey from the field has proved very popular with our members. It's anti-allergy properties will be useful for anyone who is working on the field and in the local area.

The Forest Garden and Shelter Belts

One of the first things we did last winter was to plant the hedge alongside Meadow Lane. 100 metres of native mixed hedging went in and is growing strongly with only a few losses.

The self seeded Alder trees on site are thriving on the wet side of the field, with 12 inch saplings that we re-planted in March now up to 5 and a half feet tall. Standing amongst them in September whilst they were still in full leaf gave the feeling of standing in woodland and these trees are just in their second summer, it is really inspiring. We cannot take much credit for this, nature did it herself. However, what is reassuring is that the saplings we did move are growing as strongly as the ones left where the seeds fell.

The Forest Garden has started to take shape and we didn't expect to get any fruit in this first year, but it was nice to wander down there on a hot afternoon and graze on a few Strawberries, Blackcurrants or even the odd Mulberry. Next year should hold more promise and we will be planting many more fruit trees, nut trees and soft fruits this winter.

I am pleased to say that we had great support from many this season with funding support by many including the following:

Some of our members have also been very generous with money and time and we wouldn't have reached where we are without them. I thank you all so very much.

If you are interested in joining Organic Veg Club please take a look at our membership page here.